CSOs named to Independent Oversight Board of the Reform, Recovery and Reconstruction Framework

Three civil society representatives have been appointed to the Independent Oversight Board of the Lebanon's Reform, Recovery and Reconstruction Framework (3RF). 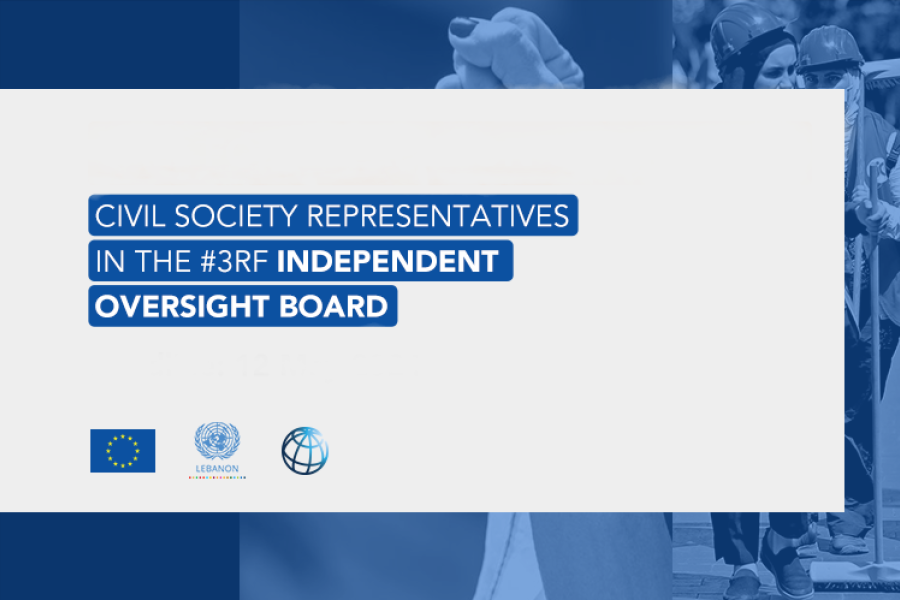 The IOB serves as an independent mechanism to provide oversight on implementation and financing of the 3RF and to hold stakeholders – including government, development partners, and implementing organizations – accountable for overall progress.

The inclusion of civil society in the governance and implementation of reform, recovery and reconstruction is a core principle of the 3RF. Civil society is also represented in the 3RF Consultative Group (CG), the platform for strategic guidance and policy dialogue on 3RF priorities and implementation, as well as the Partnership Council governing the Lebanon Financing Facility (LFF).

Members of the IOB were selected based on an open, transparent process, taking into account the expertise, capacity and non-partisanship status of both the representatives and the nominating CSOs following a Call for Expression of Interest launched on April 28, 2021 . IOB members will rotate on a yearly basis with rotation of half of its members to ensure overlap between one Board and another. A call for expression of interest will be issued in the second half of 2021 to fill the remaining 3 seats in the IOB and invite future members.

Background on the nominating CSOs of the selected IOB members:

Kulluna Irada is an advocacy group committed to political reform in Lebanon. It is engaged in defining the foundations of a modern, sustainable and just state, and in coalescing local and international actors around this vision to create momentum for change. It pairs extensive policy expertise (e.g. on issues of economic and financial reforms, transparency and accountability, judicial reforms, electricity sector and the oil & gas sector), with civil society engagement and advocacy tools. Kalluna Irada is represented by Managing Director Diana Menhem.

The Lebanese Transparency Association – No Corruption (LTA) advocates for reform by focusing on systemic improvement and by building coalitions with other anti-corruption stakeholders, including the government, parliamentarians, the private sector, media institutions, the international community and civil society organizations. It is the Lebanese chapter of Transparency International (TI). LTA is represented by Executive Director Julien Courson.

The Reform, Recovery and Reconstruction Framework (3RF) was launched by the European Union (EU), the United Nations (UN) and the World Bank Group (WBG) in December 2020. It provides a costed, prioritized plan of key actions across sectors following the tragic explosions of August 4, 2020. 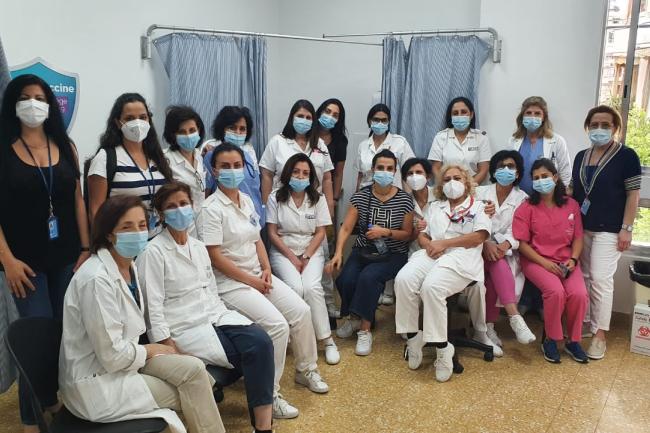 UN Lebanon kicks off Vaccination Program for Staff and Dependents

On 15 May 2021, the UN in Lebanon kicked-off its system-wide COVID-19 Vaccination Programme for all its UN personnel and designated dependents in Lebanon. 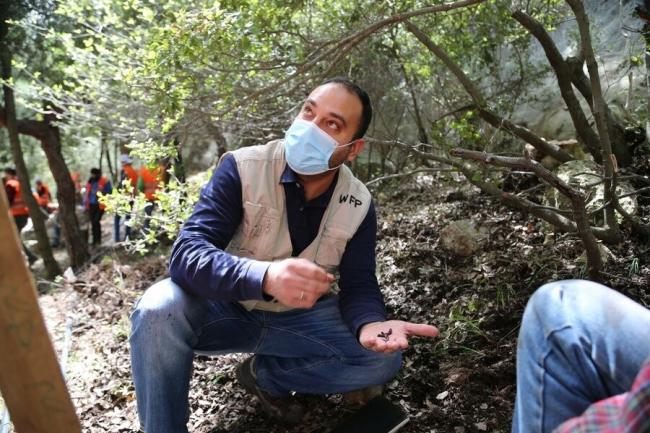 Earthworms are our Ecosystem’s Unsung Superheroes

How a World Food Program forest management intervention is boosting Lebanon’s green cover and helping some of its most vulnerable people put food on the table?