The Cooperation Framework is a fundamental tool for planning and implementing joint UN development activities in line with national development priorities. It also aims to improve people’s lives and achieve a better future for Lebanon and its people where no one is left behind, while reaching a more comprehensive partnership between the United Nations and all concerned parties.

The short video is a casual conversation between the two young animated characters M & M, walking in some busy streets of Lebanon and exploring the promising path to the country’s recovery through the UNSDCF and its related projects and programs.

In addition to the video and the teaser, the campaign, which is part of UN Lebanon’s integrated communication campaign #TakeAStep to promote the Sustainable Development Goals (SDGs), also included a series of social media animated posts that introduced the public to the UN Cooperation Framework and its four core priorities revolving around the people, prosperity, peace, and environment of Lebanon. The campaign also highlighted the participatory and inclusive process that shaped the UNSDCF formulation, building on a series of extensive consultations with a wide range of national and international stakeholders, including civil society organizations, the private sector, the Lebanese government, donors, and religious leaders.

Check out some digital products produced upon the  UNSDCF sign-off: What is the UNSDCF in Lebanon? And What are the Four Strategic Priorities that shape the UN Sustainable Development Cooperation Framework? 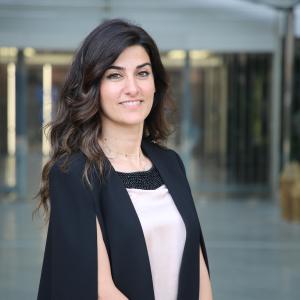