Lebanon Sinking into One of the Most Severe Global Crises Episodes, amidst Deliberate Inaction

In the face of colossal challenges, continuous policy inaction and the absence of a fully functioning executive authority threaten already dire socio-economic conditions and a fragile social peace with no clear turning point in the horizon.

The Spring 2021 edition of the LEM, “Lebanon Sinking: To the Top 3” presents recent economic developments and examines the country’s economic outlook and possible risks. For over a year and a half, Lebanon has been facing compounded challenges: its largest peace-time economic and financial crisis, COVID-19 and the Port of Beirut explosion.

As The Deliberate Depression (LEM - Fall 2020) already laid-out, policy responses by Lebanon’s leadership to these challenges have been highly inadequate. The inadequacy is less due to knowledge gaps and quality advice and more the result of: i) a lack of political consensus over effective policy initiatives; and ii) political consensus in defense of a bankrupt economic system, which benefited a few for so long. With a history of a prolonged civil war and multiple conflicts— Lebanon is identified by the World Bank as a Fragility, Conflict & Violence (FCV) State— there is growing wariness of potential triggers to social unrest.  The increasingly dire socio-economic conditions risk systemic national failings with regional and potentially global effects.

The World Bank estimates that in 2020 real GDP contracted by 20.3 percent, on the back of a 6.7 percent contraction in 2019. In fact, Lebanon’s GDP plummeted from close to US$55 billion in 2018 to an estimated US$33 billion in 2020, while GDP per capita fell by around 40 percent in dollar terms. Such a brutal contraction is usually associated with conflicts or wars. Monetary and financial conditions remain highly volatile; within the context of a multiple exchange rate system, the World Bank average exchange rate depreciated by 129 percent in 2020. The effect on prices have resulted in surging inflation, averaging 84.3 percent in 2020. Subject to extraordinarily high uncertainty, real GDP is projected to contract by a further 9.5 percent in 2021.

“Lebanon faces a dangerous depletion of resources, including human capital, and high skilled labor is increasingly likely to take up potential opportunities abroad, constituting a permanent social and economic loss for the country,” said Saroj Kumar Jha, World Bank Mashreq Regional Director. “Only a reform minded government, which embarks upon a credible path toward economic and financial recovery, while working closely with all stakeholders, can reverse further sinking of Lebanon and prevent more national fragmentation”.

Conditions in the financial sector continue to deteriorate, while a consensus among key stakeholders on the burden-sharing of losses has proved elusive. The burden of the ongoing adjustment/deleveraging in the financial sector is highly regressive, concentrated on smaller depositors, the bulk of the labor force and smaller businesses.

More than half the population is likely below the national poverty line, with the bulk of the labor force -paid in Lira- suffering from plummeting purchasing power. With the unemployment rate on the rise, an increasing share of households is facing difficulty in accessing basic services, including health care.

The LEM Spring 2021 also highlights in its Special Foci section two potential economic triggers that are under increased scrutiny, and which can have significant social implications.

The First Special Focus examines Lebanon’s foreign exchange (FX) subsidy for critical and essential imports, which presents a serious political and social challenge, and discusses when and how to remove it. The current FX subsidy is distortionary, expensive and regressive; its elimination and replacement with a more effective and efficient pro-poor targeted program would improve the balance of payments—meaningfully extend the time-till-exhaustion of remaining BdL reserves—while helping to cushion the impact on Lebanon’s poor. However, these would still be temporary, suboptimal solutions. Only a comprehensive and credible macroeconomic stabilization strategy can prevent the country from running out of reserves and being forced into a disorderly and highly disruptive exchange rate adjustment.

The Second Special Focus of the LEM discusses the impact of the crises on four basic public services: electricity, water supply, sanitation and education. The Deliberate Depression has further undermined already weak public services via two effects: (i) it has significantly increased poverty rates, with a higher number of households unable to afford private substitutables, and thus becoming more dependent on public services; and (ii) it has threatened the financial viability and basic operability of the sector by raising its costs and lowering its revenues. The delivery of essential public services is critical to the wellbeing of residents. The sharp deterioration in basic services would have long-term implications: mass migration, loss of learning, poor health outcomes, lack of adequate safety nets, among others. Permanent damage to human capital would be very hard to recover.  Perhaps this dimension of the Lebanese crisis makes the Lebanon episode unique compared to other global crises.

Lebanon Sinking into One of the Most Severe Global Crises Episodes, amidst Deliberate Inaction 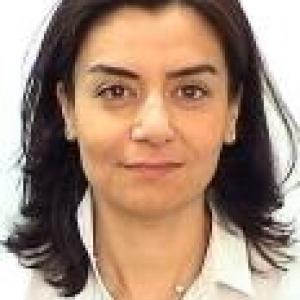