Lebanon’s compounded socio-economic and health crisis has hit the most vulnerable Lebanese and refugee families the hardest. The preliminary findings of the 2021 Vulnerability Assessment of Syrian Refugees in Lebanon (VASyR), released today, reveal a dire situation, with nine out of ten Syrian refugees still living in extreme poverty.

In 2021, the vast majority of refugees continued to resort to negative coping strategies to survive, such as begging, borrowing money, not sending their children to school, reducing health expenses or not paying rent. The survey indicates that, in 2021, more family members took poorly paid jobs, high-risk jobs or extra shifts to make the same income the household made in 2020. These coping strategies negatively affect resilience and the capacity to generate income in the future, making refugee families more vulnerable to food insecurity and more dependent on humanitarian assistance.

“Over the last 18 months, the Lebanese currency lost more than 85 per cent of its value. Prices have skyrocketed, and mere survival has become out of reach for Syrian refugee families. The crisis will have a long-term impact on refugees’ well-being and the future of their children and is threatening past gains such as access to essential services,” stressed Ayaki Ito, UNHCR Representative in the country. “Lebanese families are struggling too. Stronger support for Lebanese, refugees, and other vulnerable communities is urgently needed at this most critical juncture. We cannot fail them now,” he added.

Finding a dignified and safe shelter continues to be a struggle, with almost 60 per cent of Syrian refugee families living in a dangerous, substandard, or overcrowded shelters. The study shows an increase in the average rent in all shelter types and in all governorates, and an increase in the risk of eviction.

Inflation impacted food prices significantly. Between October 2019 and June 2021, the cost of food increased by 404 per cent, resulting in worrisome food insecurity levels among Syrian refugee families. In June 2021, 49 percent of Syrian refugee families were food insecure. About two-thirds of the families had to limit food portion sizes or reduce the number of meals consumed per day.

“This has been a tough year for everyone in Lebanon. We have seen food prices slip out of reach for many families,” said Abdallah AlWardat, WFP Representative and Country Director in Lebanon. Thanks to generous support from our donors, WFP is helping more than 1.1 million Syrian refugees and 600,000 Lebanese nationals every month. We’re providing cash assistance and food parcels and also organizing activities to support and protect people’s livelihoods.”

Syrian refugee children are bearing the brunt of the crisis. Thirty percent of children in school age (ages 6-17) have never been to school. Primary school attendance for children between 6 and 14 years old dropped by 25% in 2021. In addition, the upward trend in child labor among Syrian children continued in 2021, with at least 27,825 Syrian refugee children currently engaged in child labour. The survey also highlights that one out of five girls between the ages of 15 and 19 years were married. More than half (56%) of children aged between 1 and 14 have experienced at least one form of violent discipline.

“The escalating crisis in Lebanon is putting the most vulnerable children at risk, including refugees, as more and more families are being forced to resort to negative coping measures, including sending their children to work in often dangerous and hazardous conditions, marrying off their young daughters or using violent discipline,” said UNICEF Representative in Lebanon Yukie Mokuo. “UNICEF is expanding its programme to support more children and families as children’s well-being and safeguard must be a top priority to ensure their rights are met under any circumstance”.

While VASyR looks at vulnerabilities and poverty levels among Syrian refugees in particular, Lebanese host communities are also struggling to cope. All three UN agencies continue to work together with government and partners to provide much needed lifesaving support to all vulnerable communities, including Lebanese and refugees.

[2] The SMEB (Survival Minimum Expenditure Basket) is used to define extreme poverty at the household level for refugees in Lebanon. It is calculated based on prices observed for a range of basic goods and services considered as needed for survival. Families with expenditures estimated to be less than the SMEB are living in extreme poverty.

The Vulnerability Assessment of Syrian Refugees in Lebanon (VASyR) was conducted jointly by UNHCR, WFP, and UNICEF. VASyR 2021 is the ninth version of the annual survey. The full report will be published in December 2021.

The VASyR 2021 preliminary findings provide insights on the impact of the compounded crises on Syrian refugee households. In 2021, there has been a further deterioration in the socio-economic situation in Lebanon, coupled with inflation and increased devaluation of the LBP, with the informal exchange rate at some point reaching over LBP 20,000 per USD. More issues have emerged in 2021, including shortages in fuel, electricity, and medication.

The situation in Lebanon has affected all populations living in the country - Lebanese, refugees, migrants and others - with the most vulnerable communities being hit the hardest. While VASyR specifically looks at the Syrian refugee population, UNHCR, WFP and UNICEF are working with the Lebanese authorities and other organizations to analyze the impact of the situation on vulnerable Lebanese, and all three agencies continue providing lifesaving assistance to vulnerable Lebanese communities to help them cope with the challenging situation.

UNHCR, WFP and UNICEF partnered with Caritas, Makhzoumi Foundation, World Vision International and SHIELD to collect the data at the field level.

UNHCR, the UN Refugee Agency, is a global organization dedicated to saving lives, protecting rights and building a better future for refugees, forcibly displaced communities and stateless people. UNHCR works closely with the Government of Lebanon and numerous other national and international partners in providing protection and assistance to refugees and stateless persons, as well as Lebanese communities.

The United Nations World Food Programme (WFP) is the 2020 Nobel Peace Prize Laureate and the world’s largest humanitarian organization, saving lives in emergencies and using food assistance to build a pathway to peace, stability and prosperity for people recovering from conflict, disasters, and the impact of climate change. In Lebanon, WFP in close collaboration with its partners is the largest provider of direct food and non-food assistance to refugees and vulnerable Lebanese communities.

Working in Lebanon for over 70 years, UNICEF works in some of the world’s toughest places, to reach the world’s most disadvantaged children. Across more than 190 countries and territories, we work for every child, everywhere, to build a better world for everyone.

For more information about UNICEF Lebanon and our work for children, visit www.unicef.org/lebanon/ 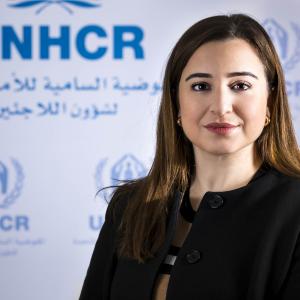 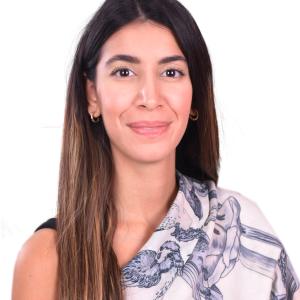