After a two-year hiatus due to COVID-19 and the socio-economic tensions in the country, Lebanon-based NGO Media Association for Peace (MAP), organized on 29 and 30 November, at Lancaster Plaza hotel in Beirut, its fourth annual Media, Peace and Human Rights Annual Regional Conference, in collaboration with the UN Information Centre (UNIC) in Beirut and in partnership with Konrad Adenauer Stiftung (KAS) - Rule of Law Program in the Middle East and North Africa.

The conference addressed the role of media in fighting corruption and fostering civil peace, freedom of expression and democracy in Lebanon and the Middle East and North Africa and was attended by a notable audience of media professionals, academics, students, and activists from Lebanon, Palestine, Bahrain, and Egypt.

UNIC Beirut Director Margo Helou hailed MAP for their perseverance in organizing the conference despite all the challenges the country is going through and called for ending impunity, ensuring a free and safe environment for journalists and media workers, and guaranteeing freedom of expression for all.

MAP President and Executive Director Vanessa Bassil said that through this conference, we renew our commitment to creating a free space for discussion and exchange of ideas and opinions, and to finding joint solutions to the obstacles affecting the rights of every human being.”

Director of KAS Rule of Law Programme in the MENA Region Philipp Bremer tackled the importance of strengthening the rule of law in Lebanon and the MENA region. The expert also highlighted the vital role of the fourth power [the press] and deplored the harassments, intimidations, and arbitrary detentions that the media personnel are subject to. “They are risking their lives – simply for informing the public and seeking the truth. The media needs to be free,” Bremer said. 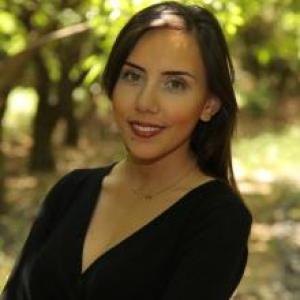