Ministry of Youth and Sports launches the 2022-2024 National Youth Policy Action Plan in partnership with UNICEF and UNFPA.

Adopted by the Council of Ministers on the 12th of May 2022, the National Youth Policy Action Plan includes 20 priority recommendations Planned through 179 interventions over a three-year period. These interventions are aligned with the National Youth Policy’s Five Priority Areas: demographic characteristics and migration; labor and economic participation; social integration and political participation; education and culture; and health and risky behaviors.

The Action Plan is part of the implementation of the Youth Policy framework that was approved by the Council of Ministers on April 3, 2012, and in line with the government’s commitment to youth issues and its integrated vision on the steps to be taken to improve their living conditions, meet their needs and aspirations that supports them reaching their objectives through 137 recommendations that fall under the five priorities.

The Action Plan is the outcome of countrywide discussions between Ministries, stakeholders, and young people. It will guide sectoral strategies on the comprehensive development of youth, creating opportunities for improving their health, psychological, social, cultural and economic status and enabling them to be included in decision-making processes in social, economic and political spheres.

The Action Plan brought together 17 Ministries and various public entities, civil society organizations, educational institutions, healthcare centres, municipalities, UN and international NGOS as stakeholders and implementing entities of the interventions. The document also includes a monitoring and evaluation framework addressing each of the recommendations and interventions

After a video screening on youth views and aspirations, the Director-General of the Ministry of Youth and Sports, Zaid Khayami, presented the foundations of the "National Youth Policy Action Plan", its detailed phases, participants, long-term goals and priorities, namely migration and demographic properties, labor and economic participation, social integration and political participation, education and culture, health and hight risk behaviors. He also announced the formation of a ministerial committee and the launch of the Higher Council for Youth.

“Young people in Lebanon need our support today more than ever. Providing them with skills, employment and other opportunities will enable their contribution to the country’s growth and economic development,” said Edouard Beigbeder, UN Resident Coordinator a.i in Lebanon. “The National Youth Policy Action Plan was an important demonstration of our shared commitment to the youth of Lebanon - now it is time for us to deliver on that promise and show young people that we are accountable to them”.

The Minister of Youth and Sports, Dr. George Kallas, said, “The youth policy is a national strategy that the government implements, approves and adopt to become a comprehensive recovery plan, with the cooperation of the Parliament and the relevant ministries and institutions. It is not only a national strategy, but rather a national statement. It is an independent and inclusive rights scheme, and a responsibility for all constitutional institutions and national components to take seriously and prioritize”.

Caretaker PM Najib Mikati said: “I am proud of all young men and women living in Lebanon, and I see in their eyes the hope for a better tomorrow for our people and our country. I also call on them not to despair despite the painful reality, and not to consider immigration as a solution, yet to preserve their faith in Lebanon, which throughout its history has faced more difficult times, so we overcame them, withstood all dangers, and set out again to rebuild a Lebanon that is worthy of its youth and that we are proud of” he added: ”Beirut was selected this year as the capital of Arab youth. I take this opportunity to say that Beirut will open its doors to all young people in the Arab world to tell them that you are in Beirut’s thoughts and Lebanon’s heart”. 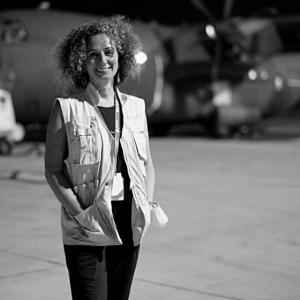